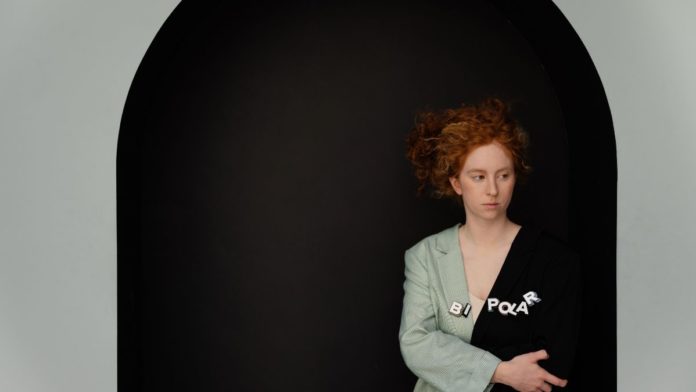 The Differences Between the Three Types of Bipolar Disorders

Cyclothymic disorder is a mild form of bipolar disorder, with repeated episodes of manic or depressive moods. The disorder presents with less severe mood swings, but it is still associated with a significant impact on a person’s life. Its onset is early in life, and it manifests through temperamental mood reactivity. While it’s not as severe as bipolar disorder I or II, cyclothymia can be a difficult diagnosis, because the symptoms tend to recur so frequently, and can be difficult to distinguish in clinical practice.

A medical history, discussions with a psychiatrist, and blood tests can help determine the exact cause of a person’s mood swings. Blood tests can help rule out physical causes of mood swings, such as a thyroid condition. Though cyclothymic disorder is less severe than bipolar disorder, it has a significant impact on a person’s life. The ICD-10 definition of the disorder is a pattern of depression and mania, and includes periods of mild elation and depression.

Psychotherapy is often prescribed for cyclothymic disorder. Talk therapy is an effective way to identify and understand distressing feelings and behaviors. Some people can even stop taking their medications. But this should only be decided in consultation with a healthcare provider. In the meantime, the patient may need to attend psychotherapy sessions. The healthcare provider may also recommend medication for cyclothymic disorder, although it is not commonly prescribed.

People who have cyclothymic disorder often experience mood swings that mimic those seen in people with bipolar II or I. Unlike bipolar I and II disorders, cyclothymia is less severe and more manageable. The patient can function in daily life, but they will be prone to unpredictable mood swings. As with other forms of bipolar disorder, it’s important to seek medical help. The disorder won’t go away on its own, so seeking help early is essential.

Cyclothymic disorder is not caused by substance abuse or other psychiatric conditions, but it may develop into a bipolar disorder over time. If left untreated, it can lead to a person’s suicide attempts and self-harm. It’s important to seek medical treatment for cyclothymic disorder. There’s a free app that can help you assess your symptoms.

Treatment for cyclothymic disorder is centered on early detection and managing risk factors, in combination with medication and psychotherapy. Psychotherapy aims to give people insight into their condition and to accept that treatment is necessary. Support groups and cognitive behavior therapy are also helpful in this treatment process. Individual psychotherapy sessions will vary in length, depending on clinical need. While psychotherapy has its place in treating bipolar disorder, it is often not enough to treat the underlying disorder.

Treatment for cyclothymic disorder is different from that for bipolar disorder. Mood stabilizers can help reduce mood fluctuations and allow a patient to access a more receptive state for psychotherapy. However, it is important to understand that antidepressants can increase the likelihood of a mania-like episode. Therefore, cyclothymic disorder can be treated with antidepressants alone or in conjunction with mood stabilizers.

Those with bipolar disorder should seek treatment right away. They should stay with their loved ones and call the emergency room in the event of a suicide attempt. Those who are not sure whether to seek treatment should sign up for a free health newsletter. The newsletters include expert health tips and news about the latest breakthroughs in research. People with bipolar disorder have physical changes in their brains, which are still unclear. Future research will help determine the exact cause of this condition and the treatment options.

Although symptoms of bipolar disorder can vary, it is important to seek treatment for the right diagnosis. Licensed mental health professionals can help determine the best treatment options and recommend self-management strategies and lifestyle habits. In cases where medications and lifestyle changes do not improve the condition, electroconvulsive therapy (ECT) may be recommended. While this treatment may take months or years, it is important to stay committed to it.

People with unspecified bipolar disorder may experience a mixed episode, where they experience highs of mania, followed by lows of depression. Symptoms during a mixed episode include high energy levels and negative feelings. These episodes are often dangerous, with thoughts of self-harming being the most common. A mood stabilizer may be recommended to prevent the dangerous mixed episodes. Although this type of episode is rare, people with unspecified bipolar disorder may benefit from treatment.

Symptoms of unspecified bipolar disorder can be triggered by alcohol, recreational drugs, or a neurological condition. An informed diagnosis would consider all possible causes and then make a proper diagnosis. In the case of suspected substance abuse, further investigations may be ordered, such as a drug screen or blood test. In addition, it may be necessary to rule out infections, injuries, and malignancies. This is an ongoing research that will hopefully provide more information.

As with all mental health issues, there are treatments available for people with bipolar disorder. The first step toward recovery is to see a medical professional or licensed mental health care provider. Your doctor will assess your condition and work with you to develop a treatment plan. You may want to consider a mood chart. A doctor will use psychotherapy techniques to help you address your troubling thoughts, feelings, and behaviors. In addition, a mental health care provider can provide support and education for you.

An individual suffering from bipolar disorder may also exhibit a pattern of frequent, dramatic mood swings. They may feel intensely happy or sad and lack the energy to complete everyday tasks. In rare cases, they may experience periods of extreme elation followed by depressed mood. These episodes can last a few hours, days, or even weeks. The symptoms of bipolar disorder include changes in energy, mood, and even behavior. In addition to a symptomatic episode, patients may also have normal levels of energy and mood known as euthymic.